7 pieces of Nostalgic Technology that bring us back – Man Wants

How much old technology do you have stockpiled away?
x
There's still plenty more articles for you to check out!
Maybe one of these will interest you?

How much old technology do you have stockpiled away? 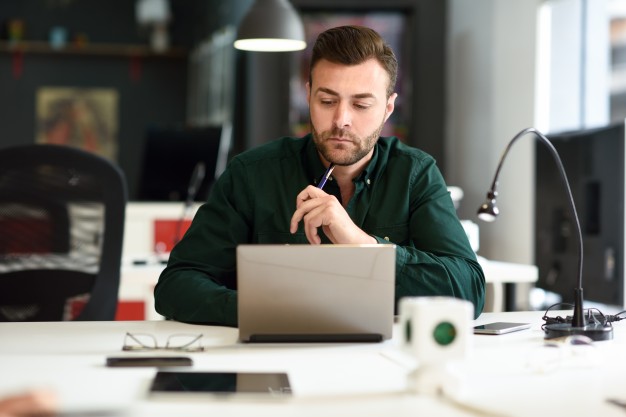 Why are Modern Men Learning to Embrace the Digital Age?

7 pieces of Nostalgic Technology that bring us back

The last 75 years or so has seen such a huge leap in technology. It’s even easier to see if you’ve lived through it all too.

Compared to the rest of humanity’s history, we’ve had absolutely massive technological advances in our lifetimes. Strictly speaking, it wasn’t that long ago people were being ferried around in horse and cart near the end of the 19th century. Anyone younger at that time will have seen how transport evolved from that into the more modern transport methods such as cars and planes.

Not only that, but we’ve even travelled beyond our own planet, and landed people on the moon. Not to mention the multiple different probes we’ve sent to various places within the solar system. Who knows what the next 100 years is going to look like at this rate?!

Let’s not get ahead of ourselves though. This had me thinking of all the old technology that has long become obsolete, but only in a short amount of time. The technology between technology is some cases. Here’s some that I remember very well, and sort of miss (for some weird nostalgic reason).

The younger crowd will only see a save icon here, but many of us remember these things for what they really were. Back in the 90’s and early 2000’s there were no USB sticks of sorts or external hard-drives. The floppy disc was the most accessible method of transferring files between computers.

For me, the floppy brings back memories of MS DOS times, when computing was fairly new and exciting. However, as time has gone on and files have become increasingly larger, that 720KB to 2.8MB storage space just isn’t going to hack it anymore.

So, while the floppy disk may be dead and gone, at least they will always be remembered – since they’ve been immortalised as a classic “save” icon.

In an age of smart phones, these old mobile phone models have very little place in society now, unless you’re up to something a little bit sketchy (or just don’t want a smart phone, that’s fair enough). They had their plus sides – the battery lasted days on end, and they were so sturdy. I’m not sure it’s possible to break one.

There is something special about these old phones that I like. But, it could just be my hatred towards the global pandemic known as “social media”. This phone did all it needed to: Call and text. Although, that’s probably what makes it so obsolete now! Phones are no longer just phones.

The younger generation may not understand why I miss the old video cassette tapes, and possibly a lot of older people too but the nostalgia factor to them (for me at least) is huge. This is how things were before DVDs and Blu-Rays hit the shelves!

I know, I know… the quality is terrible, and sitting there manually rewinding films was annoying… but the boxing that videos came in was so nice! I imagine a lot of us will associate some of our favourite films at the time with videos too. I very clearly remember the 1990 re-release of the original Star Wars films!

Cassette tapes have that same nostalgia factor that VHS has for me. An audio equivalent of VHS – brilliant! They had their time, but the Compact Disk (or CD to you younger folks) took the crown over time. Now you’d struggle to find anything new on tape.

Having said that, some modern artists have been known to have limited copies of their works available on tape for those eager enough. While that’s pretty cool, I wouldn’t get your hopes for a cassette tape revival happening. Their sound quality isn’t that good.

The old tape-playing walkman was revolutionary when it came out. Being able to get your favourite album on tape, and then listen to it on the go through headphones? What a treat!

Commuting to work with Pink Floyd’s ‘Dark Side of the Moon’ in the “olden” days – without everybody else having to listen – seemed quite futuristic. I didn’t have to restlessly wait until I got home to hear my favourite music.

Of course, now music players are a common sight. It’s rare to see somebody on their way to work without their headphones plugged in anymore. Also, why limit yourself to one album per tape, when your iPod can carry about 1000 of them all at the same time?

As tapes died out, and CDs took over, the portable CD player came into fashion. However, I don’t feel like these had a very long lifespan, considering various mp3 players were made available shortly after they became popular.

They still had that same issue the walkman had though. While CDs were a bit more portable, it wasn’t like you were going to carry around 10 CDs with you everywhere when you fancied a change. Not when you’re on foot anyway.

There were some pretty sleek designs though. I personally enjoyed the ones where you could see the CD spinning. The downside to them though was they weren’t as sturdy as the walkman, and a simple bump could disrupt your tunes.

You couldn’t just email a document to your colleges that were off site back in the day. For those who don’t know what a Fax machine does, it scans a piece of paper and then sends an image of it off through the phone line to another fax machine, where it is printed.

It’s weird to think that some places still make use of Fax. How it’s not dead yet I’m not sure, since an email is a lot easier, quicker and more accessible.

I could sit here all day and tell you about old technology that I thought was cool at the time, but it’s actually relatively crappy now. Do you have any favourites from back in the day you wish to share? Let us know in the comments!