Making sure you have the BEST Stag Party
x
There's still plenty more articles for you to check out!
Maybe one of these will interest you?

Making sure you have the BEST Stag Party

The offside rule. That thing that casual sport fans still don’t understand. Considering it’s quite a simple concept, I’m not sure why some struggle to get it. However, what if it were to be removed from the game? Would it make football more “attractive” to some?

Looks like Germany general manager Oliver Bierhoff is in agreement with Marco van Basten’s idea of scrapping the offside rule. If you’re not aware, FIFA’s technical director proposed to make several changes to the laws of football, which included getting rid of the offside rule as well as introducing sin-bins. 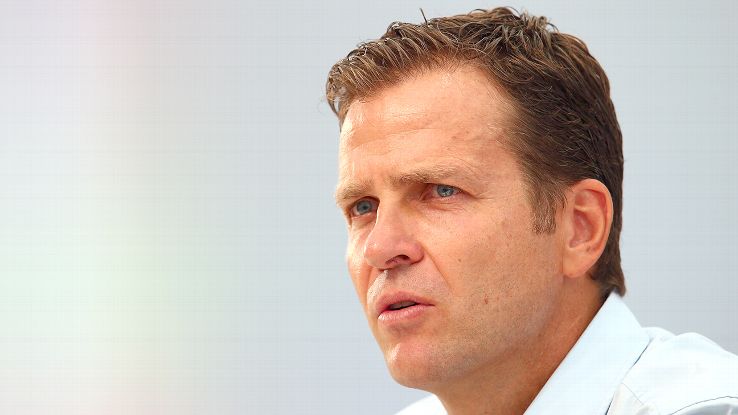 Bierhoff even called for a trial period, and went on to say:

“As an attacker, I would always be happy about scrapping offside.

I rate the great tradition of football. That’s a value. But it should not lead to not being open to new ideas.

Why shouldn’t scrapping offside make the game more attractive? Maybe we should get involved in a testing period. You’d get a feel for it.”

He also recalled the controversy that surrounded the introduction of the backpass rule back in 1992, which stopped goalkeepers from being able to hold passes back to them.

Bierhoff seems to also have Van Basten’s back regarding the introduction of a one time-out in each half of a match, claiming that it would be a good idea for coaches to intervene and states that there are many breaks in a match anyway.

For those of you that got this far but still don’t understand the offside rule. (Image: wikiHow)

Can’t say I agree with the scrapping of the offside rule. It’s an intelligent rule and makes a team work well together, as well as stopping players hanging around the oppositions goal for an easy kick in…

What do you think? Do you think football would benefit from scrapping the offside rule?