'The Science of Love' - A Scientific Guide to Dating – Man Wants 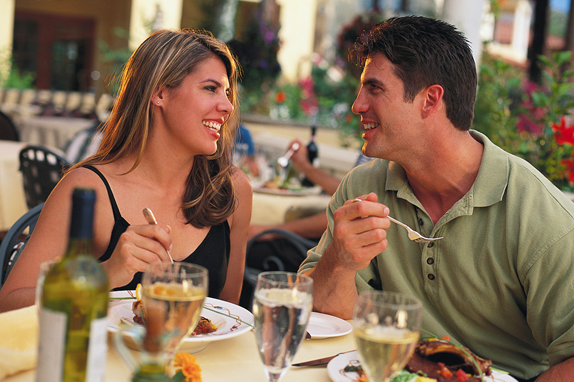 How To Have A Successful First Date

Getting the most out of a Power Nap
x
There's still plenty more articles for you to check out!
Maybe one of these will interest you?

How To Have A Successful First Date

How will Climate change affect us in the near future?

‘The Science of Love’ – A Scientific Guide to Dating

Nothing is more romantic than hearing stories of how your grandparents fell in love. Heartfelt stories which cemented a life time of love in a simpler time. Today, I’m lucky if I get a dodgy ‘Facebook poke’ from the man I bumped into on the morning train.

There’s no denying that with the introduction of digital technology, finding a date has never been so accessible but in turn, finding love has becoming increasingly less available. Male or female, gay or straight, old or young – the current dating pool has become about as appealing as shark-infested waters and our socially active selves, could be partially to blame.

I wanted to find out if it’s just technology which has changed our chances of love in modern times or if the fundamentals of finding ‘the one’, have in fact, never been altered. In this article I will be exploring ‘The Science of Love’ in a logical dating guide which reverts ‘back to basics’ on the pursuit to finding love.

We’re living in a modern time, where the online dating scene dominates our chances of bagging a potential life-partner. Now let’s do the math! So currently, Tinder is the most popular dating app/online dating service available in the UK. It has an estimate of 50 million registered users and 10 million regular users utilising the app each day – this makes for around 1.4 billion swipes a day and 10 billion potential love matches made in total. Now those are some big figures…I just wonder how, amongst such vast crowds of people, I could ever find love online.

Step One: Love Begins as Lust

We know the drill. You’re out in the club and you see a girl shaking it like Beyonce or a guy giving us his best John Travolta circa ‘Saturday Night Fever’ and you’re head over heels and trying to not make a fool of yourself.

Thanks to those clever little hormones, Oestrogen and Testosterone, we’re faced with that spontaneous, lustful affection (or an unwanted 2am booty-call) which drives us towards a potential partner. This ‘lust’ stage is recognised as the first stage of falling in love and without this, you’re never going to cement a solid relationship.

After criticising the vanity of most online dating profiles, I’m beginning to understand how lust plays a fundamental part in the dating process…

So the second scientific process on the journey to falling in love, relies on attraction. Once the sexual drive has passed, the real attraction starts to take over. Body language is the biggest contributor to attraction, alongside tone of voice and scent.

This stage is commonly the one that sends people a little bit crazy. The excitement fuelled by adrenaline and that soft & gooey feeling we’re tricked into feeling by our bodies dopamine, fuels people with that ‘living on a cloud’ feeling (compared by scientists to the feeling felt by some class A drugs – yikes.)

If you’re trying not to text or call your new fling but struggle to think of anything else, blame that on the Serotonin. Serotonin is typically higher in Women than Men and it leads the mind to think primarily of their new lover above anything else.

When people say that ‘love is blind’ they’re usually referring to the attraction stage in a new relationship – so do be careful when you’re riding this wave.

‘Never let go Jack!’ Despite the cold at the end of Titanic, we reckon Rose was feeling a little victim to the attachment stage of falling in love. This is the final stage in finding love and it’s usually the step which makes or breaks a new relationship.

If you’ve successfully made it through the lust and the attraction, then you will eventually end up in this final ‘attachment’ stage. In the ‘science of love’ you will have already founded an impressive bond with your new love by this point. Your body has already released testosterone, dopamine and serotonin to get you real hooked on this new love – now it’s time to let a little ‘Oxytocin’ free into the blood stream.

Commonly known as ‘the cuddle hormone’ Oxytocin is most profound in this late stage of a relationship. Oxytocin is released during sex, so the more sex a new couple has, the more of this hormone you can get all fueled up on.

To cement this bond, a hormone called Vasopressin is released following sex, which acts as a catalyst in making you feel secure and loved and in doing so, promotes a happier, more positive self.

So there we have it, three steps to finding love, the mathematical way. I’m not sure about you but now I’ve seen the pursuit for love, broken down into three definitive stages, the whole dating thing seems more like a logical route than a wander into the wilderness.

If you opt to use an online dating site or dating app, or just aim to meet someone in the local pub or supermarket – be sure to refer to our scientific guide to keep a hold on your head and your heart in every stage of the game.

Now I’m off tog shake it like Beyonce, in hope I can get some poor guy hooked on a little ‘lust’.