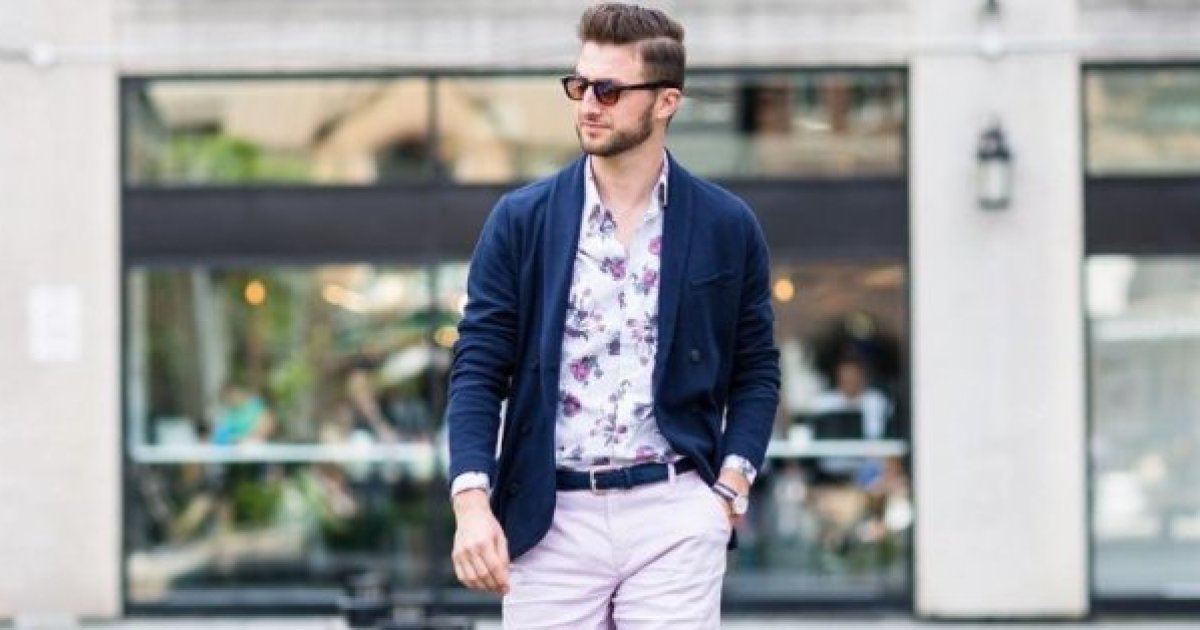 Across the decades, we’ve seen tattoos become the trademark for many sub-cultures and social movements – throwback to the 1970’s Punks, the 1980’s New Romantics and the 1990’s Ravers – who have all had an affinity with a specific type of tattoo design or tattoo style and Rockstar Tattoo Designs have become something of a statement for many years. When I was a young lad, I was fascinated with the ideas of tattoos.

I aspired to be like the Classic Rock icons who wore their Rockstar Tattoo Designs on stage with pride and expressed themselves via their own personal brand of body art. The Iggy Pop and Ozzy Osbourne’s of the World, who broke conventions and inspired a generation, one Rose tattoo, Skull tattoo and Dragon tattoo at a time…

In recent times, we’ve seen tattoos break out into popular culture, as the mainstream finally embraces ‘ink’ on a whole new level. In this article, I’m going to take it back to the sub-culture which really owned the right to Rockstar Tattoo Designs and will be discussing the ‘Coolest Rock Star Tattoo Designs for Men’.

We’ll be looking at some classic and contemporary Rockstar Tattoo Designs and the Rock Stars who have some of the coolest tattoo designs to express their creativity and certify their ‘Rock Star’ status, in hope that it may inspire or interest anybody hoping for a trip to the Tattoo shop sometime soon!

Underneath that iconic top-hat and Les Paul guitar, Classic rocker Slash has a lot of abstract artwork which pays reference to his thirty-year (plus) stint, as lead-guitarist in the all-American Rock band, Guns N’ Roses and his involvement with on/off side-project, Velvet Revolver.

Slash’s tattoos include a pair of ‘smoking lips’, guitar headstocks, a silhouette of a girl and a skull wearing a top-hat with the initials ‘D.T.U.D’ – rumoured to stand for ‘Drink Til You Drop’ (…and people said Guns N’ Roses lived the wild rock n’ roll lifestyle).

British born, punk-rock pioneer Frank Carter has a long-standing association with tattoos and tattoo culture. As well as success as front man in Frank Carter & The Rattlesnakes, he and his wife, Sarah Carter Schor are internationally recognised tattoo artists. Frank Carter’s tattoos cover his entire body with traditional tattoos which pay sentiment to his band and family.

Frank favours a traditional style gypsy head by Theo Mindell from ‘Spider Murphy’s Tattoo’. Most notably, Frank can be distinguished by the double headed eagle on his chest and the winding snake on the back of his head.

If you’re ever looking to get a tattoo design from Frank Carter, he guests at a whole range of Tattoo Shops including ‘Frith St Tattoo‘ in Soho, and other Tattoo Studio’s along the ‘Rattlesnakes’ touring route.

Dave Grohl doesn’t need a bunch of Rockstar Tattoo Designs to cement his status as the God of Rock. His presence in two of the most defining rock bands of modern times (Nirvana and Foo Fighters) has him covered.

However, in true rocker style – he has a collection of impressive tattoo’s scattered across his torso and arms. Dave has red tribal tattoo style half-sleeves on both arms and a black and grey feather tattoo on each forearm.

Following the death of fellow iconic rocker, Lemmy Kilmister of Motorhead – Dave Grohl paid tribute with an ‘Ace of Spades’ tattoo on his left forearm.

Sheffield’s own indie-rocker Alex Turner of the Arctic Monkeys paid homage to his hometown with a tattoo of a Yorkshire Rose on his left forearm complete with a scroll and the word ‘Sheffield’.

As his only tattoo, Alex Turner may be proof that when it comes to Rockstar Tattoo Designs – it’s quality over quantity.

Motley Crue drummer, Tommy Lee is possibly most renowned for his bold, body art. He has the word ‘Mayhem’ tattooed across his stomach, as well as some Japanese tattoo designs which include a Dragon Head on his arm and a Cheetah tattoo on his right arm.

Tommy Lee’s ex-wife, Pamela Anderson became just as notable in tattoo culture for her ‘barbed-wire’ arm band tattoo which she got to celebrate her fist, film role for the movie ‘Barb Wire’ – currently Pamela Anderson is undergoing laser tattoo removal on her famous tattoo.

Blink 182 drummer Travis Barker has been collecting tattoo designs since he joined the band officially in 1999. His tattoo evolution throughout the years includes a large, boom-box tattoo design on his lower torso – an homage to his youth and interest in hip-hop – and a portrait of Marilyn Monroe on his neck.

When Travis was involved in a tragic plane crash in 2008, he lost some of his tattoos due to burns and skin grafts. Travis stated in an interview with ‘Fuse: Tattoo Stories’ that he now has new room for tattoos where his grafts were so he gets ‘to start over in a bad, weird kind of way’.

Nowadays, Travis has a full head tattoo which features ‘the Virgin Mary’ and memorial pieces on his legs and arms. Travis claims that he has a lot of religious tattoos and the slogan ‘One life, One Chance’ on the back of his head.

Simon Neil, frontman of Scottish rock band ‘Biffy Clyro’ has showcased his increasing collection of tattoo designs at many festivals including Download, Glastonbury and Leeds & Reading fest over the years.

His unconventional tattoo designs include some tribal tattoos, Beach Boys lyrics, a puzzle piece and several Da Vinci inspired tattoos on his back and torso. If you’re looking for some interesting tattoo ideas, take inspiration from Simon Neil’s selection of unique ink….

As a frontman of an iconic rock band, is it essential to have a collection of memorable tattoo designs? Not necessarily but it definitely reinforces your stage presence when you perform topless.

Perhaps, inspired by Iggy Pop, Anthony Kiedis has a reputation for performing without a shirt and when doing so, it always helps to have some memorable ink. The renowned frontman of the internationally recognised rock band, The Red Hot Chilli Peppers sports a dynamic range of tattoo styles with tattoo’s that include tribal tattoo bands, Japanese carp, Celtic daggers and some traditional tattoo designs.

Anthony has a large, stylised bird on his back and a black asterix wrist tattoo, which has relevance to the Red Hot Chili Pepper’s album artwork.

Sheffield born, ‘Bring me the Horizon‘ frontman, Oli Sykes can be identified by his specific style, messy hair and extensive assortment of Rockstar Tattoo Designs, plastered across his body.

Love him or hate him, his presence in modern music has pioneered a style, which has helped Metal music enter the mainstream charts. How many tattoos does Oli Sykes have? Apparently he’s lost count.

Oli has face tattoo’s, sleeve tattoo’s and a full back piece which takes on traditional tattoo influences. At just 30 years old, Oli Sykes even has some cover-up tattoos. His most iconic body art includes ‘Drop Dead’ knuckle tattoos, a traditional rose tattoo on his neck, a feather tattoo on the side of his face and a skeleton chest-piece.

As lead guitarist in Jane’s Addiction and guest guitarist in The Red Hot Chilli Peppers, Dave Navarro cemented his rock star status with a marriage to Glamour Model and actress Carmen Electra and of course, tons of tattoos.

Navarro has black and grey Rockstar Tattoo Designs on his neck, back, torso and arms. Some of his inking’s include classic tattoo designs like a skull & crossbones, a rose, a snake, a cross tattoo and script. Dave Navarro’s most identifiable tattoo is said to be the ‘sacred heart’ which sits in the middle of his chest. The sacred heart tattoo is a popular feature in  Rockstar Tattoo Designs and features a ring of thorns, fire and rays of light.

If you have committed to getting a tattoo, check out some of our Tattoo preparation tips here. If not, check out our recent digital portfolio which takes a look at some insane tattoo sleeve designs from some of the World’s most internationally, renowned artists.

So, there we have the ‘Man Wants’ run down of Tattoo designs for men inspired by ten of the World’s most notable musicians. Is there any rock stars or musicians you feel should have made our list of ‘The Coolest Rock Star Tattoo Designs for Men’?

Have you had any tattoos inspired by your favourite band or artist? Do you have any tattoo regrets inspired by a celebrity? Comment on this post and we’ll take a look…